The summer of 2020 has been anything but ordinary. Amidst a global pandemic, the world had come to a stop. Then in early July Comet Neowise graced the skies and dazzled star gazers around the world. Sparking curiosity and mobilizing people around the world to get a glimpse. The most photogenic comet visible to the naked eye in decades, Neowise put on a show throughout July 2020.

The comet was discovered just earlier this year, in March 2020 by astronomers during the NEOWISE mission of NASA’s wide field space telescope, resulting in its name. It passed between Mercury and the Sun before passing by earth, making its closest encounter July 22, 2020. It began to fade by July 15 and quickly faded after passing earth to no longer be visible to the naked eye.

The first time the clouds cleared at night and I was able to see Neowise I was stunned, the tail was so bright and long, I didn’t even need a camera or binoculars. Clearly visible to the eye I stood in wonder, space is so interesting and cool!

Comet Neowise brought the world together this summer in a special way. With so many more people taking interest in space, the night sky and getting out to enjoy the calming & wonderous effect of stargazing!

The night sky is something we all share, it’s the mystery of the past, present and future. It helps provide perspective and clarity in a mysterious way. It can spark curiosity and creativity. The night sky can be therapeutic and something truly special. The night sky has a way of reminding you how small we are in this galaxy. Maybe the arrival of this comet is exactly what we needed during these unprecedented times.

With more awareness of the night sky and appreciation for dark skies, we can hope that dark sky preservation continues to gain strength across the globe. The comet brought people out to realize how badly light pollution would affect visibly, making some realize the problem they may often have overlooked. Light pollution is increasing at an alarming rate and protecting the night sky is important for us now and future generations.

Comet Neowise was a beautiful addition to the night sky during the summer of a year that it could truly make an impact on people everywhere. It was something to look forward to, something special to enjoy. A global show in the sky! The therapeutic effect of gazing up into the night was felt worldwide as Neowise gracefully passed by.

Comet or not, its important to take a few moments to stop, watch and wonder. To forget the chaos and slow down in the moment. Thinking of our meaning and sense of place. In the silence.. the world continues to spin.

Goodbye Neowise .. it’s been great to see and capture its beauty several times while it was here. Slowly fading into the depths of space only to return in over 3000 years.

A special moment in time; in Space. 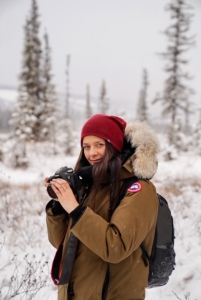 Nightscapes gone by… I captured this old farmyard last March and never will again. I’m so glad I made it here for this show. Some massive grain bins have been built since then.. right in front of the old barn and farmyard, forever changing this view.
Those Prairie Skies 🤩 creating natural art as the clouds mix with the light pollution, stars and northern lights to create a mesmerizing view… down the back roads. My favourite place to be 💚
The forest shines… when the temperature starts to cool, the trees glow in golden colours under the moonlight 🌙
Full Moon, Sparkling Snow & a Solar Storm that filled the sky… it was a pretty incredible alignment of conditions just a couple weeks ago!
Loading Comments...
%d bloggers like this: